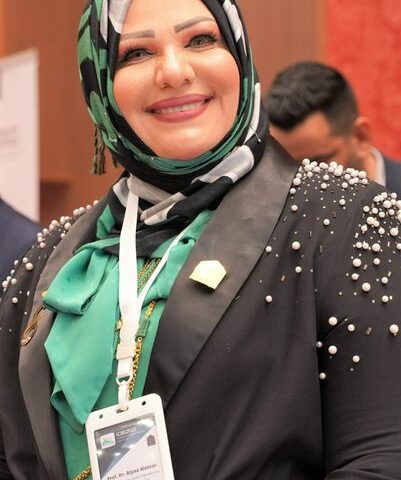 Under the patronage of His Excellency the Minister of Higher Education and Scientific Research, Prof. Dr. Nabil Kazem Abdul-Saheb, and the supervision of the President of the Northern Technical University, Prof. Dr. Alia Abbas Ali Al-Attar, the activities of the second conference on renewable energies were launched today in Kirkuk Governorate for the period from 11 to 12, May 2022. The conference included all relevant disciplines On the subject of renewable and clean energies (mechanical, electrical, civil, chemical, electronic and control engineering, computer and informatics, biological and environmental sciences, physics, etc.). It is worth noting that the accepted papers in the conference will be published within the American Institute of Physics (AIP), which falls under the Scopus container indexing.

The idea of ​​the conference is based on the role of higher education in achieving comprehensive sustainable development, in continuation of the scientific and research efforts led by the Northern Technical University. Where it is no secret to us the importance of renewable energy, which can be exploited to fill the shortfall in traditional energy supplies, especially in the field of electricity, which suffers from a significant shortage of equipment, although the state has set its highest priorities, to overcome this shortage by building new stations. To overcome this shortage, renewable energy must occupy an important part of our attention because Iraq has a distinct geographic region in the world, and it is possible to exploit renewable energy sources in various regions of Iraq and link them with the national network to enhance energy supplies and reach self-sufficiency. In addition, the exploitation of renewable energy sources reduces the environmental pollution that the world suffers from, represented by global warming and the climate changes that we are witnessing these days, mainly resulting from the use of traditional fuels, and the absence of a clear future vision to reduce these problems. Accordingly, the university has developed a strategy and adopted a future vision by directing researchers and graduate students to complete research in this field to rehabilitate and develop this important sector of energy efficiency in Iraq. Where the university adopted directing scientific research towards applied research to exploit the sources of renewable energies in Iraq through the formation of research teams with reputable international universities. The national anthem of the university with the reading of Surat Al-Fatihah and the distribution of appreciation gifts to the honorable attendees. Then the conference sessions began in person for researchers inside Iraq and electronically for international speakers outside Iraq.