The President of the Northern Technical University announces the launch of the first course exams for postgraduate students in the university’s faculties from the Kirkuk site. 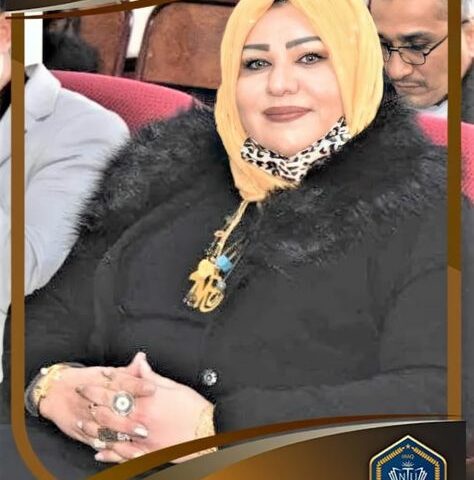 Among the follow-ups to the scientific movement at our university, and to encourage postgraduate students, the President of the Northern Technical University, Prof. Dr. Alia Abbas Ali Al-Attar, attended the discussion of the master’s thesis, which examined (the performance of a double U-shaped heat exchanger under the influence of the use of passive and active techniques(

The thesis presented by the student, Mohamed Team Mohamed, dealt with (performance of a double-sided U-shaped heat exchanger under the influence of the use of passive and active techniques) in the Department of Power Mechanics Techniques Engineering during the academic year 2022/2021.

The thesis included a study of the effect of using active techniques, represented by using air bubbles inside the annular gap, on the performance of the U-shaped heat exchanger and the effect of using passive techniques to improve the outer surface of the inner tube represented by using annular fins made of copper with two different diameters on the performance of the heat exchanger.

In his study, the researcher concluded that the use of air bubbles within the annular gap has a positive effect on the coefficient of evaluation of the performance of the exchanger due to the buoyancy force generated by the bubbles, which causes disturbance to the flow, which increases the heat exchange.

In addition to the use of fins on the outer surface of the inner tube, it also helps to increase the surface area for heat exchange as well as the design shape of the exchanger, economy in size and place, as well as the curvature and curvature in the U-shape, which helps in the formation of eddy currents that increase the heat transfer process, as the best improvement ratio was found when it is The angle of placing the exchanger vertically in the opposite direction of the letter U with two-way flow in the presence of the two technologies at the same time with a percentage of (38.4%) compared with other cases that are without the use of passive and active techniques.

The discussion committee consisted of Messrs.-: